The Bible says that many will receive the call, but few will get the price. My opinion tells me that so many churchgoers are not all genuine. I am, but reasoning aloud. We believe God is looking at your heart because a good heart does good things.

Pope Francis is with me in my school of thought and said a lot about the church and being honest. 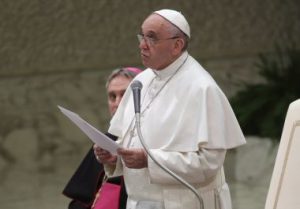 The Pope warned people against what he termed “subtle sin.” He kept on saying that not all churchgoers are good people. He was uttering his last words during a homily in the Vatican.

To make his point biblical and clear to Christians, he alluded to the parable of the rich man and Lazarus. He explained how the rich man lived well and turned a blind eye to the poor, the group of Lazarus. Lazarus lived near his house begging, swimming in diseases and life struggles. 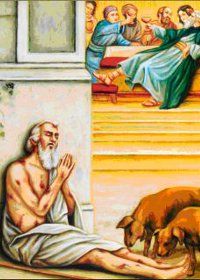 He also explained that the rich man was not evil but was too blind to check on his neighbors. We could say that the rich man prayed and went to church every Sunday. He gave out offerings, and the church priest offered him a place of honor that befitted his act of giving.

The Pope continued by saying that no matter the good he offered the church, he failed to recognize the problems of the poor neighbors.

According to Pope Francis, this is very relevant to modern-day Christians. Christians whose hearts are shining with worldliness. A group of Christians who fail to see the suffering of people around them.

Pope Francis covered it by saying you can attend church, pray, and do many good things. If your heart is worldly, you cannot understand the needs of others.

The Pope reminded his audience that worldly people are alone in their selfishness. He called this a sinful state of the soul, apart from a sinful state. 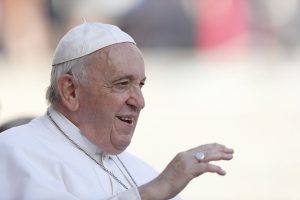 He ended his teaching by giving hope that we have a father who awaits us in heaven. God calls us his children no matter what.

This story wants you to re-evaluate your heart and do something to make the needy happy. But God requires your good. Feel encouraged; the time is now. Thank you!

Faith Panda - February 1, 2023 0
Lisa Marie Presley was a talented singer-songwriter who had a big impact on the music world. Sadly, her life was cut short at the age...
News

Faith Panda - February 1, 2023 0
Life is short and can end at any moment, which is why it's important to make every moment count. This is something Missy Robertson...
Good Stories

faithnjeri - April 25, 2022 0
True love knows no bounds, and high school sweethearts from Canada can testify that with their unique love story. Michael and Leilanie Marianetti met as...
Family

Dickens O. - November 9, 2022 0
Even with everyone's help, the mother who is fighting in the delivery room is the one who has to go through the labor pains....
Facebook Instagram Twitter
© 2022 Faith Panda