Animals will not stop astonishing us with their acts of kindness. When we are having difficulty getting along with others, we should look to the animal kingdom for guidance, especially an unexplained act of kindness by a swarm of ants. The ants appear to be holding what appears to be a bumblebee funeral.

Nicole Webinger says a video was shot outside of her office by the garden. The ants were bringing flower petals to lay around a dead bumblebee. Nicole Webinger posted on Facebook, “It looked like a bee funeral.”

The display astounded Webinger, who works in Stillwater, Minnesota. The rest of the internet was as well. Her video quickly went viral. It appears that this is not the first time that ants have held a bee funeral.

I have put Twitter back on my phone specifically to show you these circular arrangements of petals i found around multiple dead bees. if you are a scientist who knows what the hell is going on here, please tell me! pic.twitter.com/h3D8u89WxG

She claimed to have reinstalled Twitter on her phone specifically to show the world the circular arrangements of petals she discovered around several dead bees. She asked to be told what was going on if anyone was a scientist. “Please tell me if you are a scientist who knows what the hell is going on here!” she said in her post.

The ants aren’t “giving the bees a dignified send-off,” according to IFL Science. 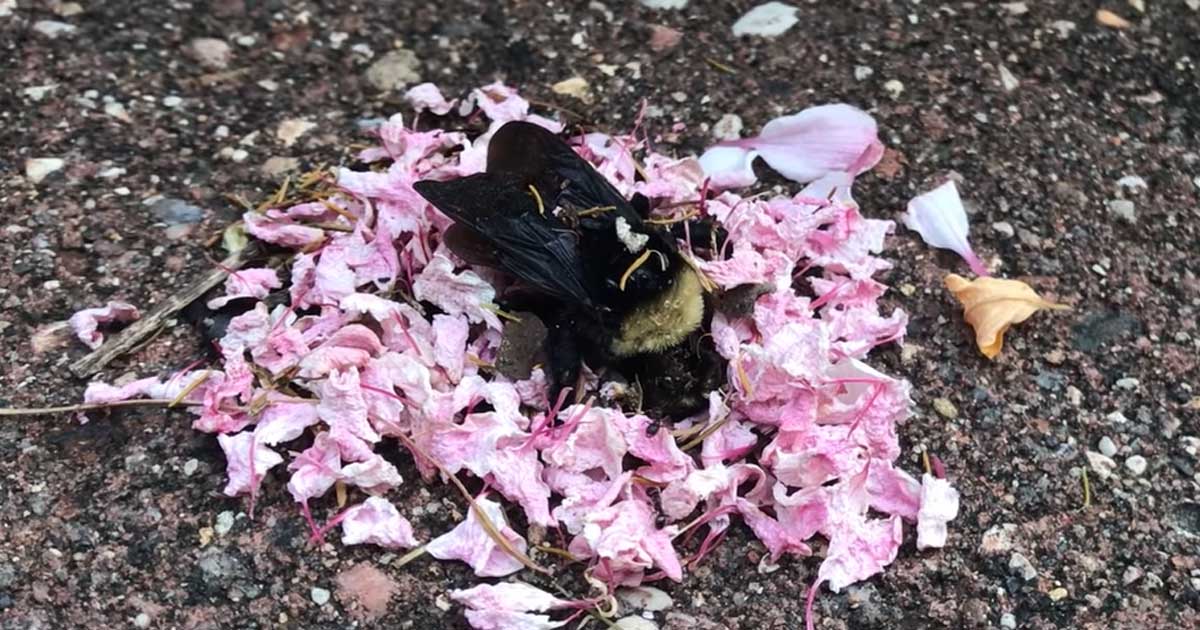 “Ants live in complex colonies and communicate using a variety of pheromones.” This can be for a walking trail, to warn other ants of danger, or simply to let them know they’ve died and everyone else should probably keep an eye out for dying, according to IFL Science.

“It stands to reason that they’d be sensitive to other animals’ chemical signaling.”

“It’s unknown why these dead bees died, but their corpses are likely sending the ants some kind of message, and it’s possible their floristry is a response to this.”

The ants may view the bees as their next meal. Putting the flower petals on the bees could be an attempt to hide their meal from other scavengers.

“The arrangement would thus be less of a funerary practice and more akin to hiding takeout leftovers in your dorm fridge as a UFO (unidentified flying object) to keep nosy roommates from eating them.”

Another theory is that the bees sent a signal to the ants to clean up.

Ants enjoy cleaning and use necrophoresis to keep their colonies clean.

“As a pathogen-control adaptation, necrophoresis involves ants gathering their stinky dead and transporting them to a dedicated tomb.” Some colonies even have undertaker ants who specialize in the job.

In order to prevent the corpse from attracting attention, the ants may be acting similarly to bees. We’re still convinced it’s an ant funeral.

View the ant funeral video below.

Woman orders a custom aquarium for her cats, who enjoy watching the fish
Elephant baby steals the show by tickling a reporter who was filming a report
Advertisement