One teenage mother has gone viral after taking her one-year-old son as her date to the school prom.

Melissa Mccabe, a sixteen-year-old from the United Kingdom gave birth to her son Arthur in November 2020 when she was 15. Mccabe describes her son as the ‘biggest blessing’ that has ever happened to her and says she wanted him to be part of her prom. 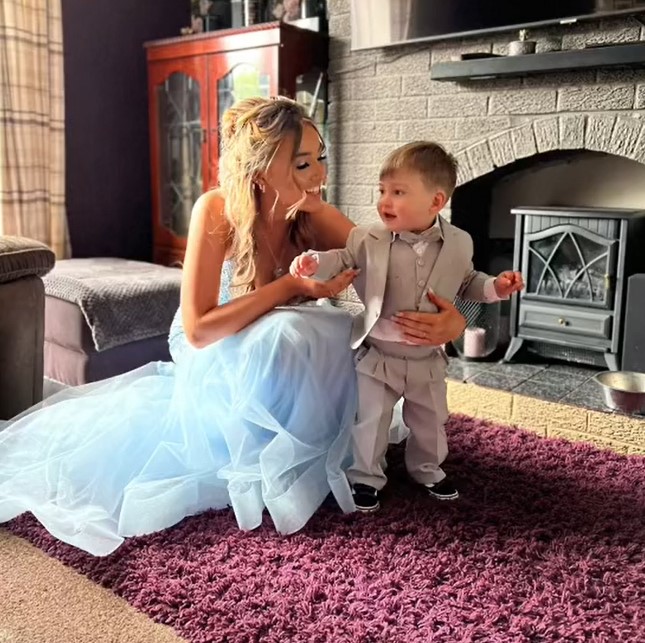 “When prom came around, no one could really have him and I wanted him to be a part of my prom day. I ordered him a suit and took him with me. All of the teachers were saying how gorgeous he looked,” Mccabe told The Liverpool Echo.

Mccabe posted a video of herself and her son on TikTok and it immediately went viral. The video had attracted over 1.6million views and 230,000 likes at the time of writing. According to Mccabe, the comments on the video have been really supportive. 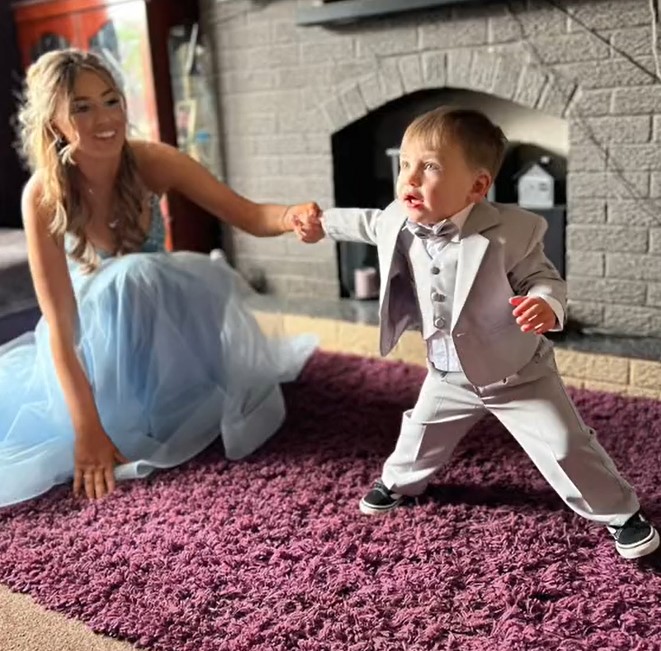 “I’ve had the odd couple of negative comments but I’ve also had messages of girls who are pregnant and are still in school and are worried about going back to school. I’ve mainly had loads of people being really supportive which is really nice because it’s coming from people I don’t know,” she said. “Arthur is genuinely the most kind-hearted little boy. He loves everyone around him and he’s so spoiled,” she gushed.

When Mccabe got pregnant during the lockdown, she went through a difficult time. She received a lot of negative and hurtful comments from strangers who were so quick to judge without really knowing her. The mother of one is now more vocal and wants to break the stigma surrounding teenage mothers.

“When I found out I was pregnant obviously I was really young. It was hard because everyone told me I was ruining my life and I wasn’t going to get my GCSEs. So many people make comments when I’m out with him,” she recalled. “Often people think he’s my little brother and when I tell them he’s mine, their attitude completely changes. Older people especially find it disgusting because obviously, their way was to get married first and then have kids.” 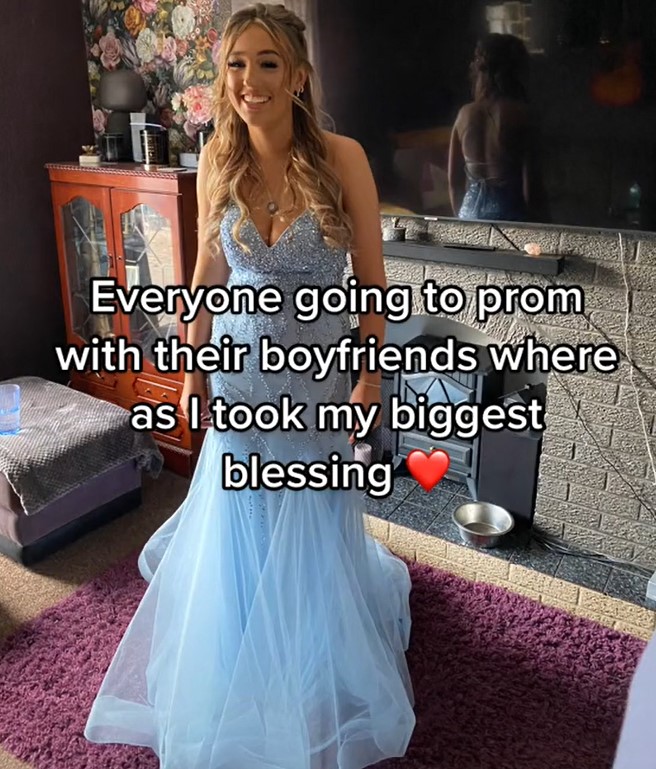 Mccabe disclosed that her teachers and schoolmates were really kind to her as she took her little bundle of joy to the prom.

“It was so nice because people who I don’t normally even speak to were coming up and saying how cute Arthur is and saying how proud they are of me,” she said. “I couldn’t have asked for better support from my teachers at school. My deputy head and my form tutor especially have been so supportive throughout it all. They’re the people who’ve got me through the bad times being a mum.”

Mccabe completed her GCSEs and is set to study Health and Social Care at college in September. This is a big deal for her since she has worked so hard to prove wrong the naysayers. “I am proud of myself,” she said. “Especially considering Arthur only has one parent, I think I’ve done a good job.”

Daring teen dives into a river to save three girls and a police officer from drowning
Teen finds a woman’s handbag and is rewarded with over $17,000 after He delivers it to her door
Advertisement