Eggs are highly nutritious, a good source of proteins, and have a rich supply of minerals and vitamins.

If you’re not vegan, you probably have enjoyed some eggs for breakfast since they are a good energy source and make the perfect combination with tomatoes, cheese, and bacon.

Usually, an egg has one yolk and on some rare occasions, some eggs may have two yolks — which occurs when a chicken releases two yolks into the same shell. If you have been lucky, you probably may have come across a double-yolk egg. 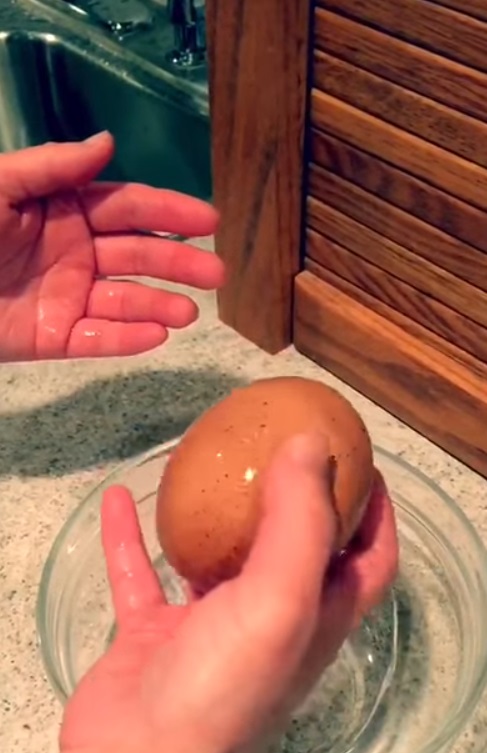 One man from Texas was lucky enough to witness something cooler than a double-yolk egg — a double egg. If you are wondering what a double egg is then read on to find out.

Double-shelled eggs are extremely rare and even though there are videos of people cracking them open, many people are convinced they are not real.

Double eggs are formed in a process known as counter-peristalsis contraction. This usually occurs when an egg travels backward inside a hen to become embedded inside another egg in the process of forming its shell.

In 2015, a Texas farmer shared a video on YouTube that has since been viewed over 12 million times. In the video, the farmer is seen holding an enormous egg which he claims was laid by his 7-months-old chicken. 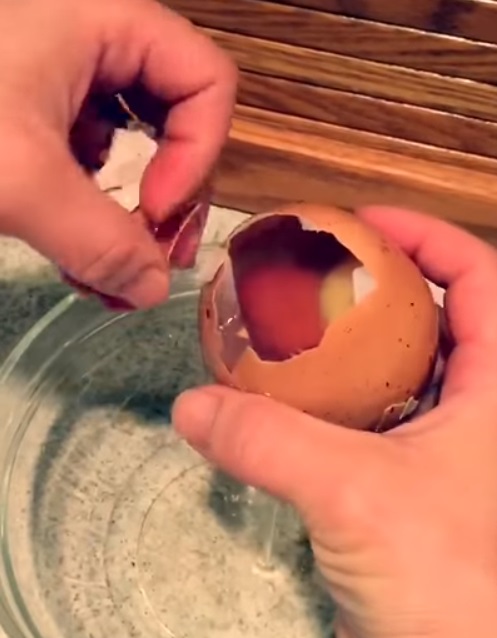 He goes ahead and taps the egg on a glass bowl and makes a small crack in the shell. He then peels off one small part so that the egg yolk is clearly seen.

“Oh, I see another surprise!” he says with a chuckle. “A double egger!”

He slowly pours the yolk out of the shell, until only the inner egg remains and says, “No double yolks, that’s for wimps. We got double eggs!” 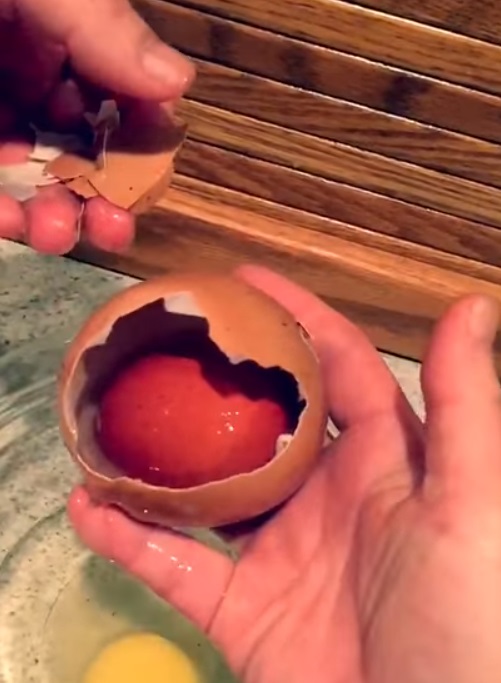 Inside the big egg was a second egg which was normal in size. The farmer cracked the second egg and it was just a plain egg like the ones we buy at the store.

Have a look at the video below and share it with loved ones if you find it interesting.

Clever daughter calls 911 and faked ordering pizza to save her mother
Sweater At Target Called ‘Deeply Offensive’; Target Responds: Get Over It
Advertisement