Wallmart employee Lindsey Russell was working her normal shift when she heard a tiny kitten’s desperate cry for help.

Russell spent her entire lunch break searching for the animal, only to discover that she was stuck inside a vending machine. She couldn’t figure out how the kitten got herself into the vending machine, let alone how to rescue her. 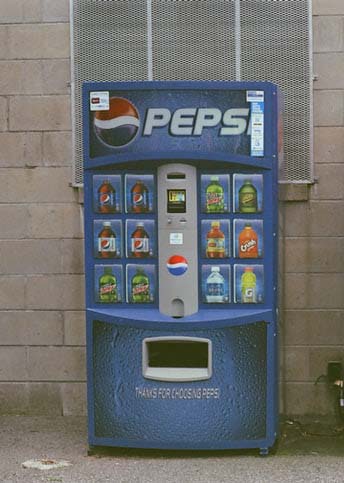 But, she knew she had to do something to help the distressed animal. So, she decided to call the local fire and rescue department. As per Good News Network, a team of firemen was dispatched to the location and they successfully rescued the kitten.

Throughout Russell’s lunch break, she really tried her best to rescue the animal with no success. Her co-workers were also unable to help save the animal. Finally, she called in the professionals who swung into action and successfully rescued the animal.

When Morristown fireman Doug Allison arrived with his team, they immediately knew the kitten was in distress. “We could hear it meowing as soon as we came up,” he said in an interview with a local news outlet. “We knew it was in there and kind of stressed out. If we can help save a life, animal or human, we will do what we can do.” 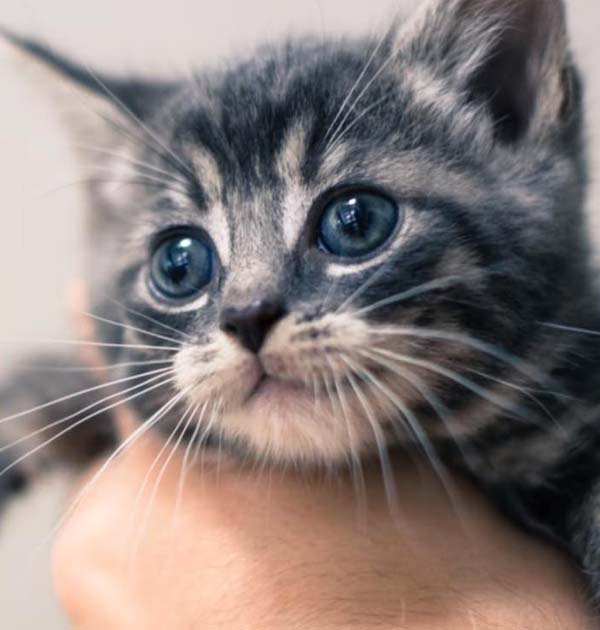 The incident took place at the Walmart branch located in Morristown, Tennessee.

The firemen carefully opened some panels of the vending machine allowing the kitten to escape. Thankfully, she was not injured in the process.

After the rescue mission, Russel decided it was best to adopt the adorable kitten. The kindhearted Wallmart employee has rescued cats in the past — with her mother’s help — and felt it was the best thing to do. She took the kitten home and later paid a visit to the vet. 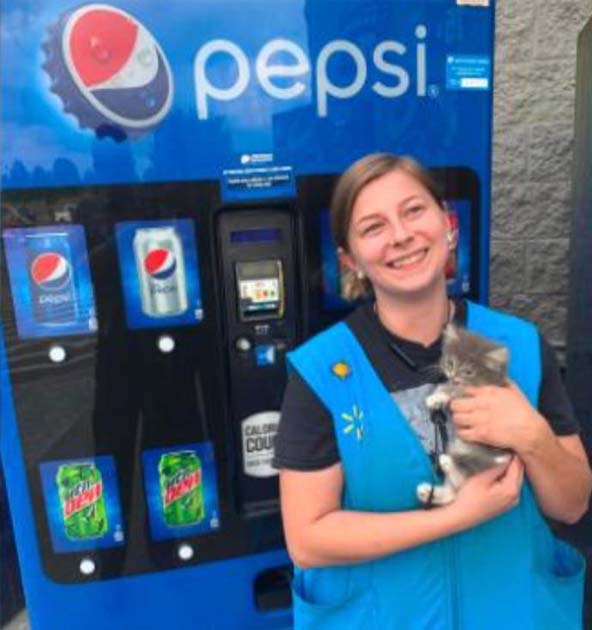 Given the circumstances under which the kitten was rescued, her name was quite obvious to Russell. The grey striped kitty was named ‘Pepsi’ which was reminiscent of the unusual way she was found. “This is Pepper, Pepsi, Pep, whatever you would like to call her,” Russell shared. “She has got a few nicknames now.”

The City of Morristown shared a Facebook post about Pepsi, who immediately became a local internet sensation. One of the comments on the Facebook post read: “Awww, good job Lindsey, and thank you Morristown firefighters [for rescuing the little baby kitten out of the Pepsi [vending] machine.”