Even with everyone’s help, the mother who is fighting in the delivery room is the one who has to go through the labor pains. Once she gives birth, we assist them in accepting what God has accomplished.

When Autumn was born prematurely at 23 weeks, she weighed only 1.1 pounds.

Her mother, Tyler Robinson, had a uterine rupture. The doctors estimated that Autumn’s chances of surviving after birth were only 50/50, but Tyler insisted that if her daughter was willing to fight, then so would she. Doctors described the micropreemie as “feisty” from the moment of her birth because she fought so hard.

Autumn was born prematurely, and one of the side effects was bronchopulmonary dysplasia (BPD), a type of chronic lung disease. After five months, she was transferred to the Lurie Children’s Hospital in Chicago, Illinois, where she received specialized care that was available only there.

Autumn underwent various treatments to help her regain her strength and stamina, including oxygen therapy and surgery to implant a breathing tube. Tyler made daily visits to her daughter, encouraging her social and mental growth by talking and singing to her.

Tyler says the nurses and staff at the NICU became like a second family to her because she was frequently alone with her daughter. She attempted to return their kindness in any way she could because she was aware of the challenging circumstances they face every day.

Read also: Doctors warn a single father that his three-year-old son may not survive, but he refuses to give up

When Autumn turned 18 months old, she was finally ready to go back home! Incredibly, she had been hospitalized for 524 days. Even though she will eventually be able to leave the hospital, she will still need a lot of medical supplies at home, including a feeding tube and a home ventilator.

Tyler calls her daughter “a happy, happy baby” and describes her as independent yet endearing. She wants her daughter to know that even though her birth was traumatic and she later had to fight for her health, she would still go through it all over again to bring her child home. 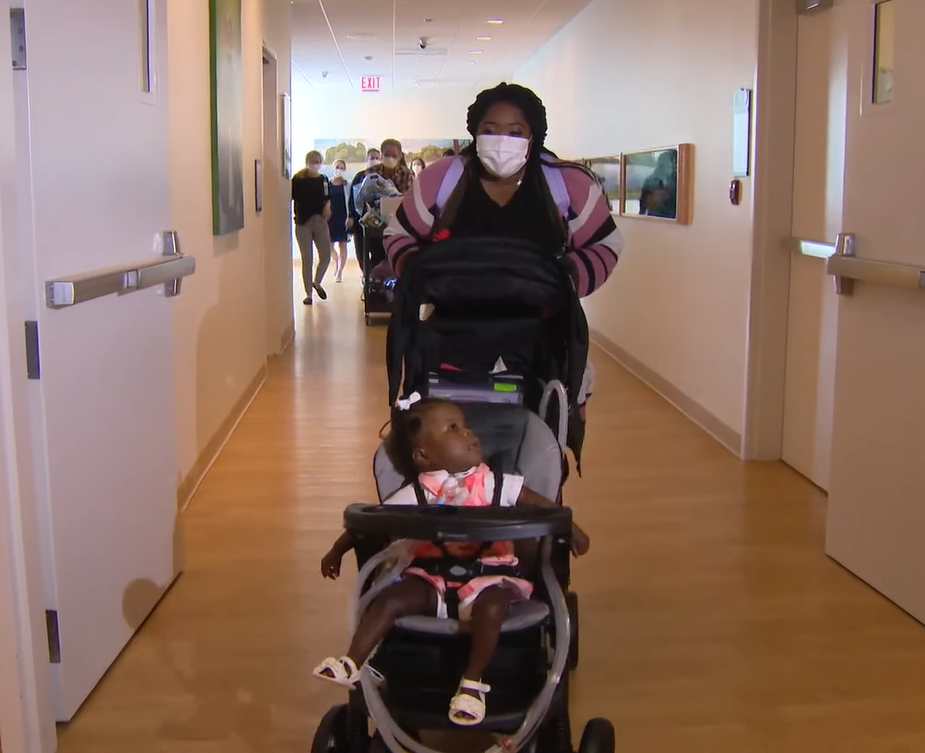 Happy to have you back, Autumn! This young woman with a strong will seems more than ready to start living outside of the NICU. We should rejoice in both happy endings and the beginning of a wonderful life!

To welcome this little fighter home, tell others about this.

“Are you kidding?” Funny arguments from a young boy for why he’ll never get married
Family beat million to one odds after having second set of twins with different skin color – ‘It’s amazing’
Advertisement